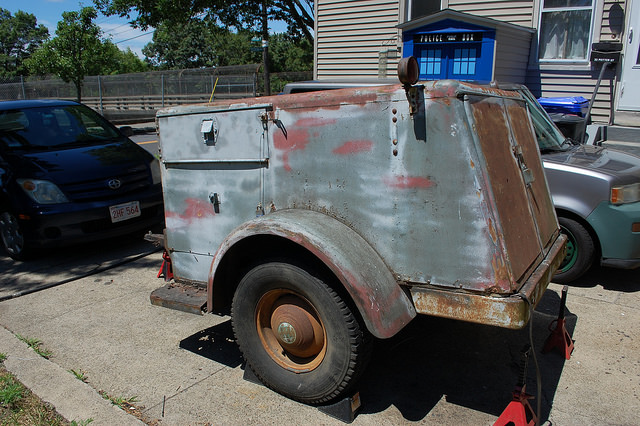 Here is a walkaround of the $150 Trailer made from a 1960 Bell Telephone truck, that I bought and am attempting to get functional. Pics below. 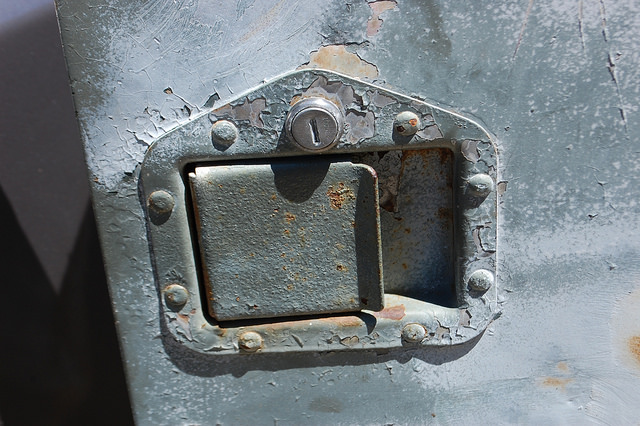 I need to figure out who makes/made this latch so I can try and get replacement parts & locks for it. 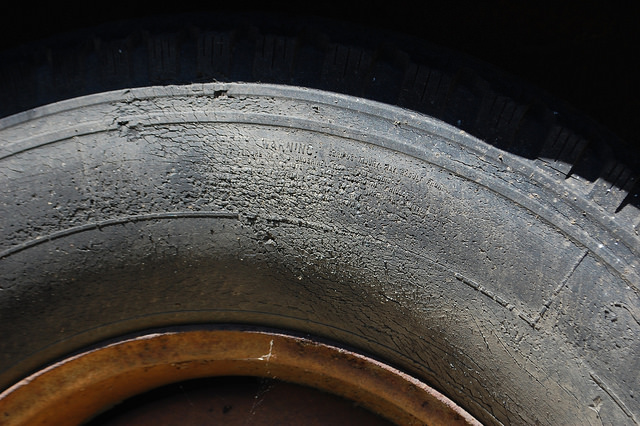 Think I can get a few more seasons out of these? 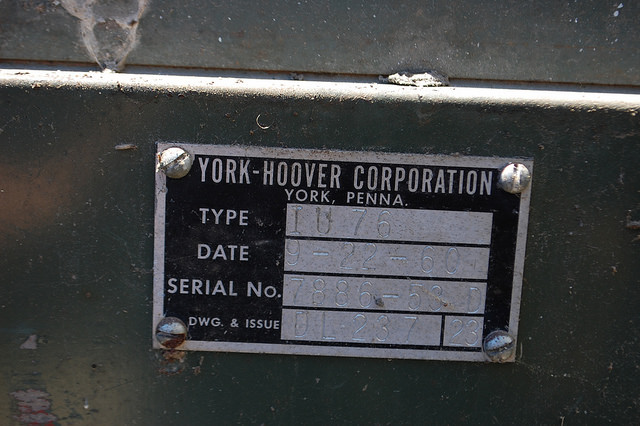 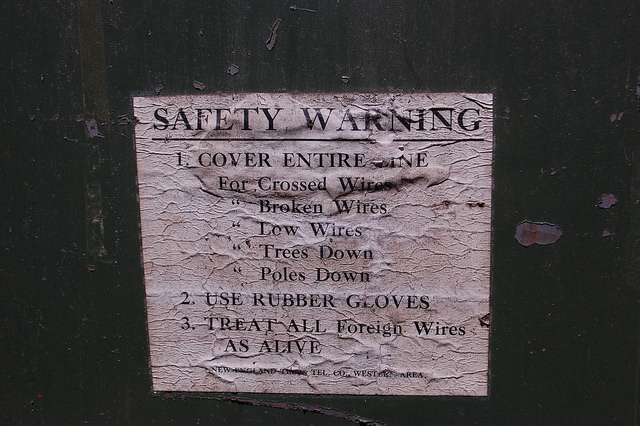 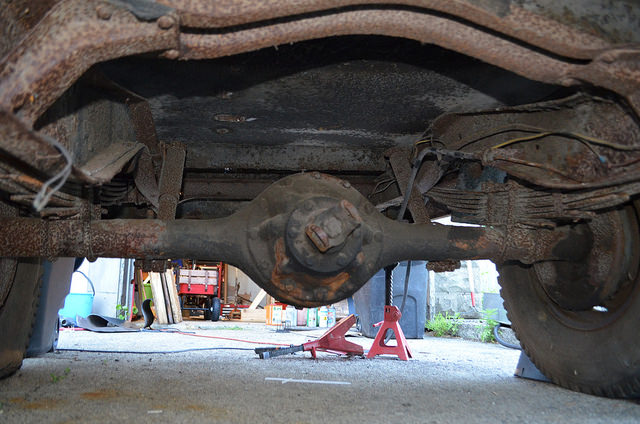 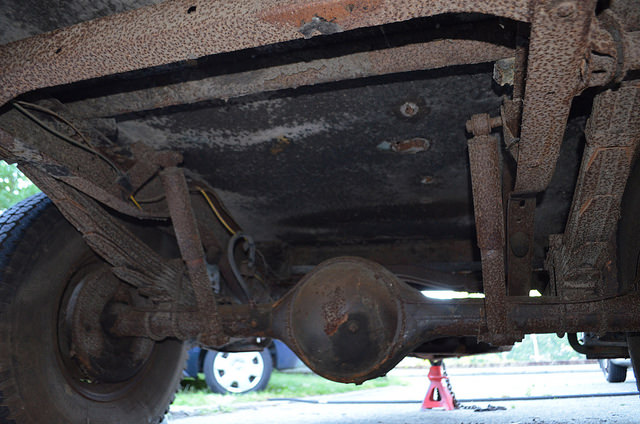 The rear-end of the mystery chassis. 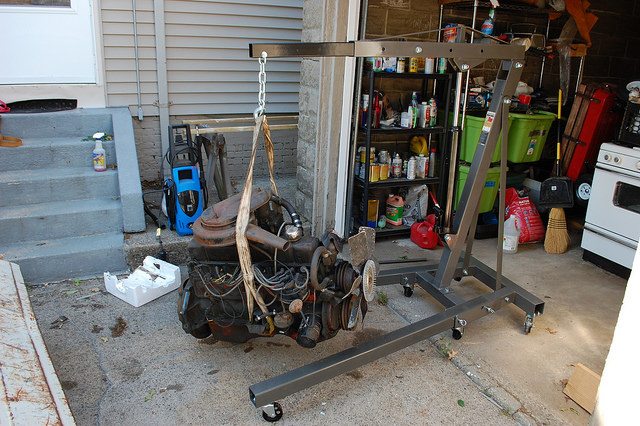 Last weekend I finally picked up my “new” engine for the truck, that I’d bought just before breaking my collar bone. This weekend I bought a engine hoist so I could unload it and start working on it. 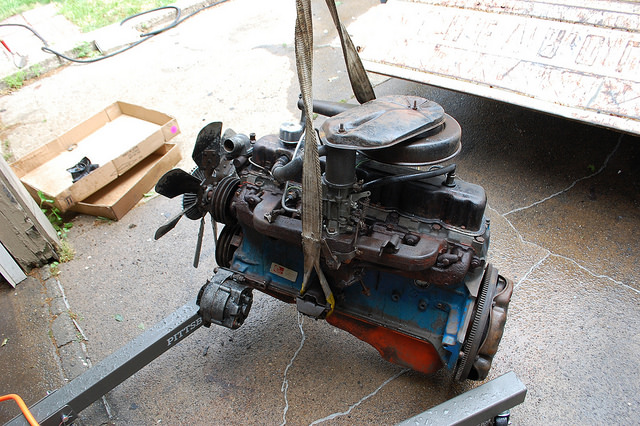 It is a Chevy 250 inline(to replace my 230) that was rebuilt in 1998 and has racked up all of 18K miles due to the truck being parked a few years later due to frame rot. I heard it run before it was pulled and it was smooth, but had a destroyed water pump bearing. 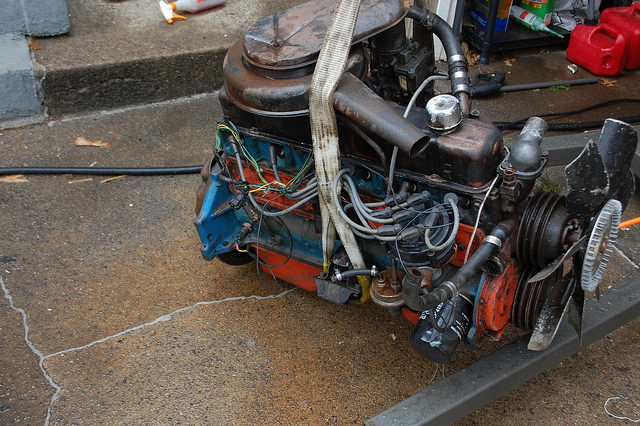 The plan is to re-gasket it, throw a new water pump on, have the flywheel re-ground and assemble it with a new clutch and a 3-speed overdrive manual, they stuff it in the truck this summer. 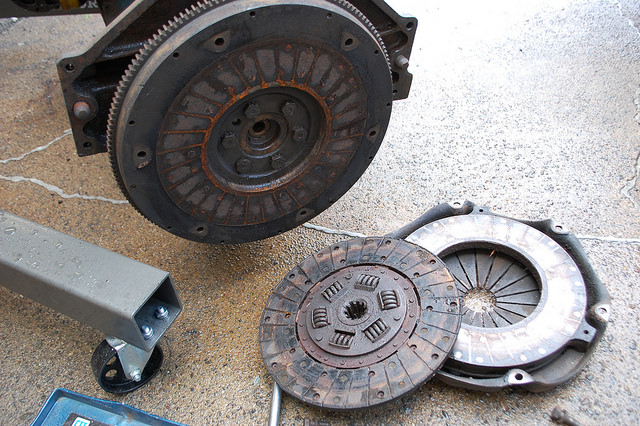 It is a trailer made from the back half of a ‘50s Bell Systems utility truck. Judging by the one hubcap it might be an International chassis. 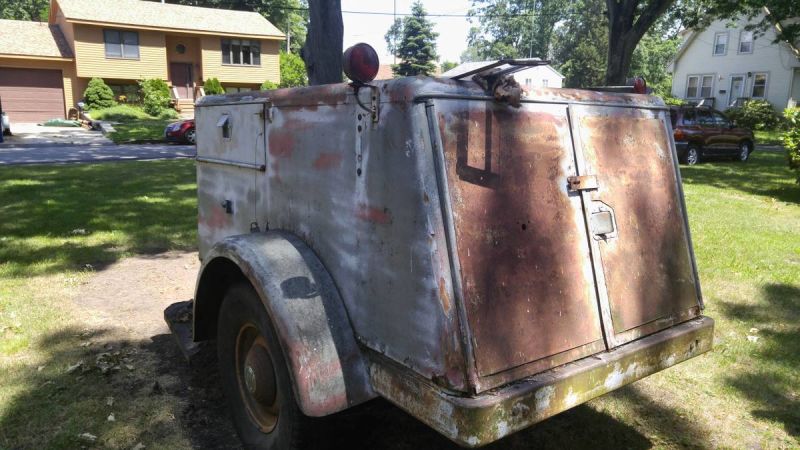 I paid all of $150 for it, and the guy is delivering it to my house. I’m not sure what I’m going to do with it, but if nothing else it’ll be good for annoying my neighbors.

It needs new tires, to be rewired, a lot of cleaning, not a small amount of rust repair, and a coat of paint. It might end up painted like a Vault-Tec vehicle, or restored to the original color. 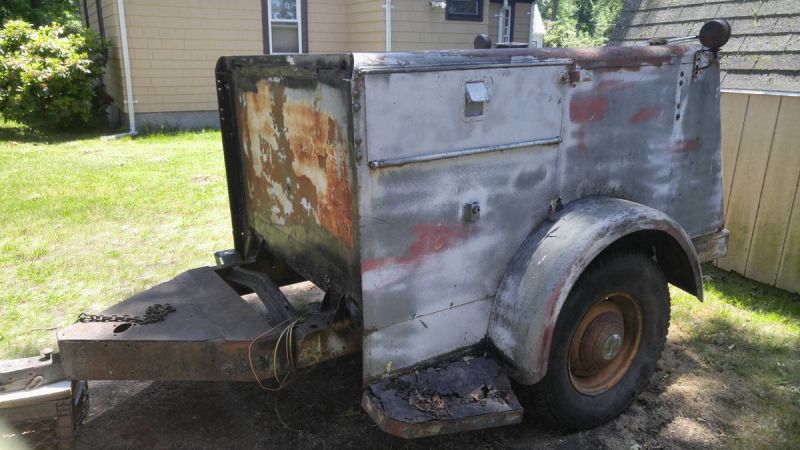 Here is what it would have looked like when it was a truck: 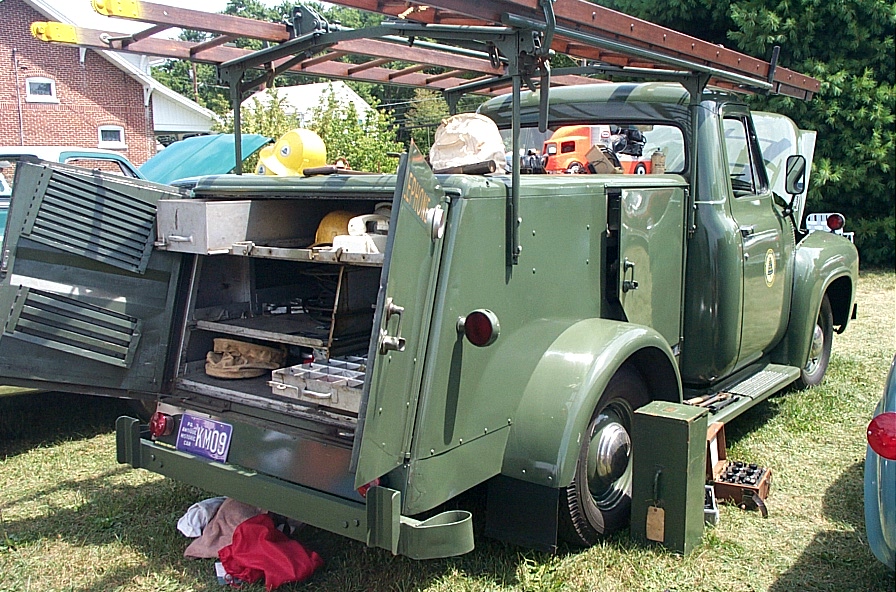 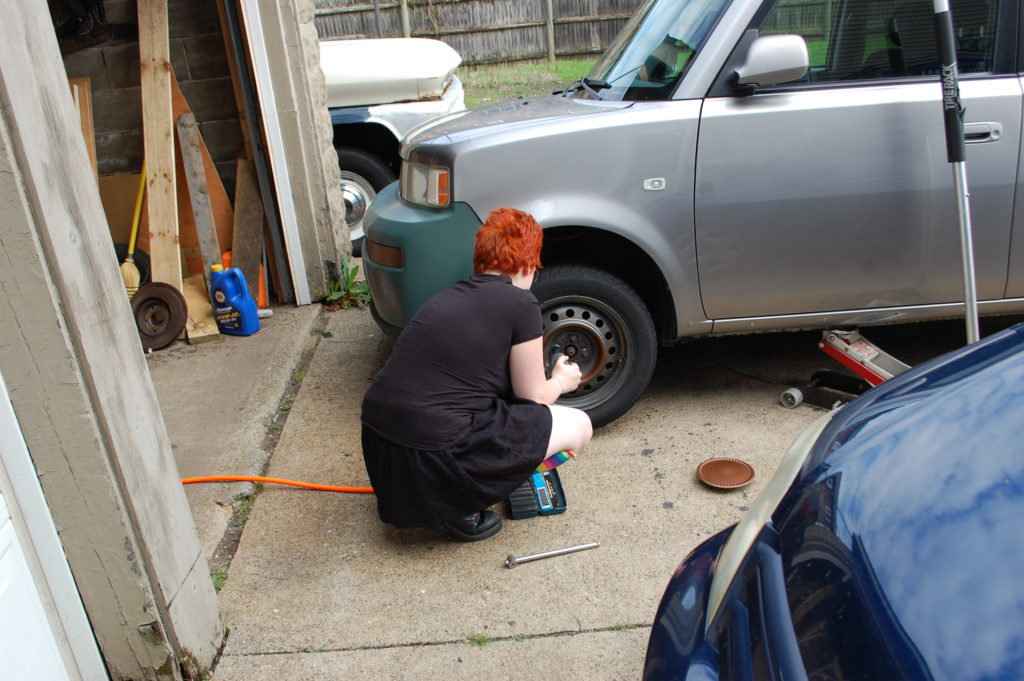 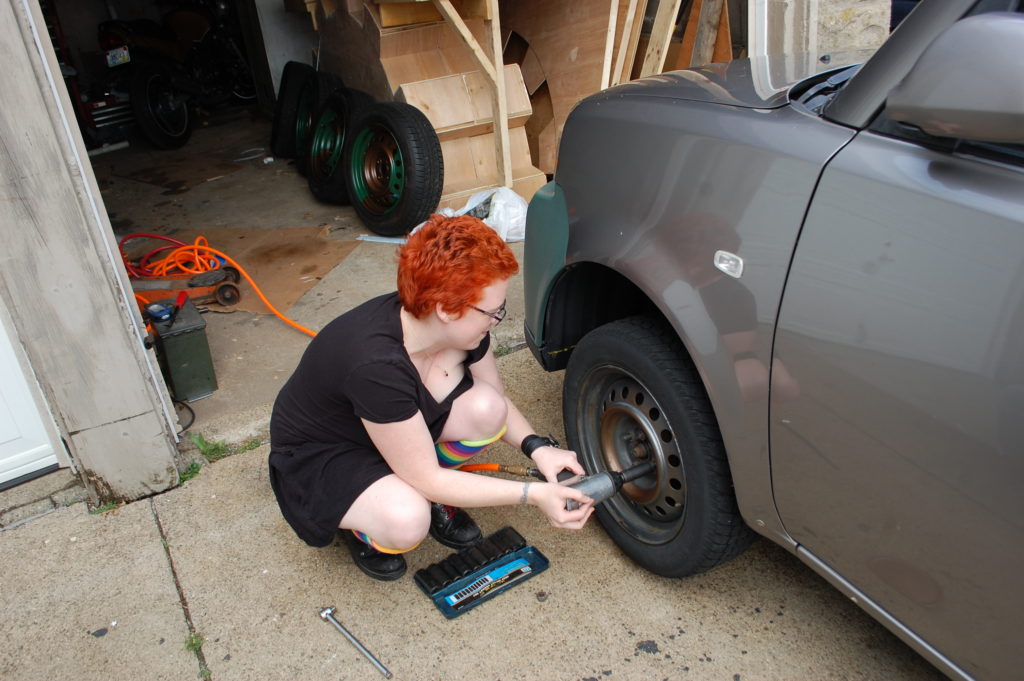 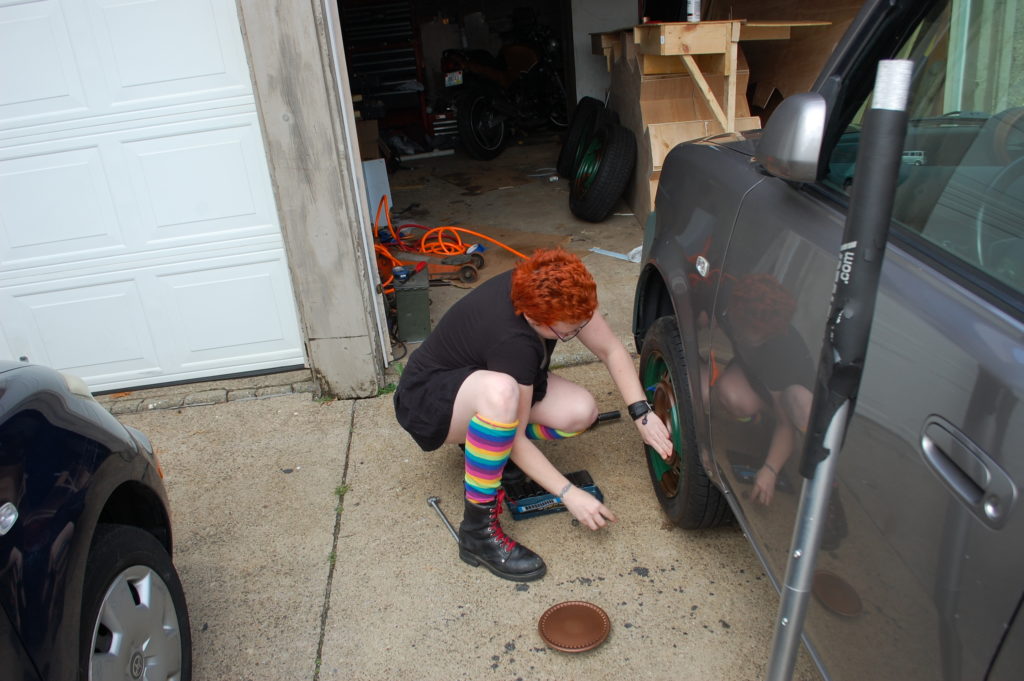 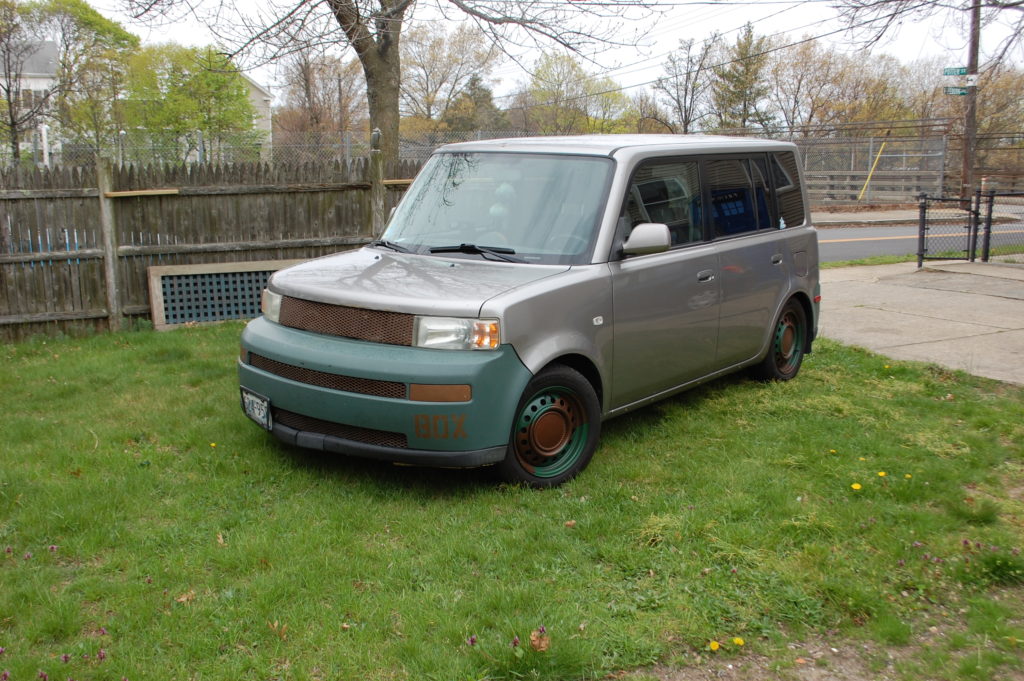 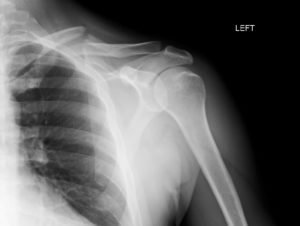 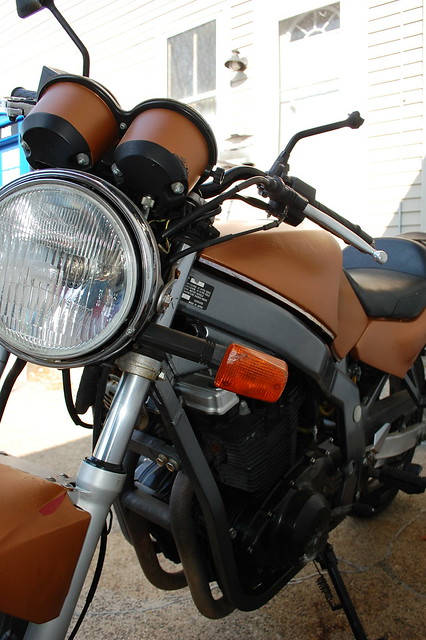 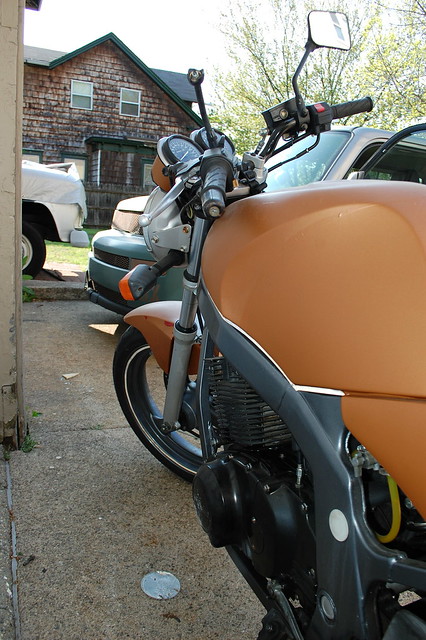 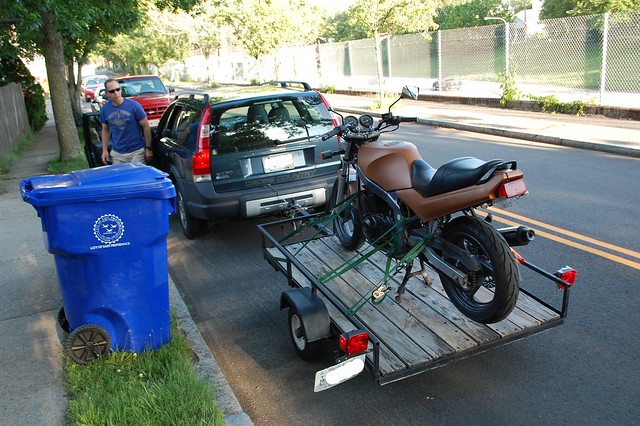 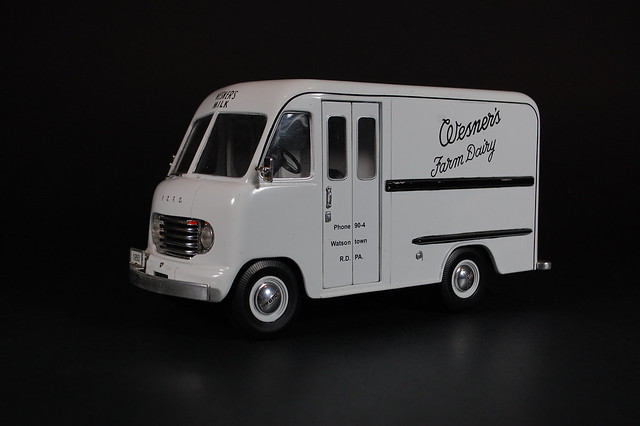 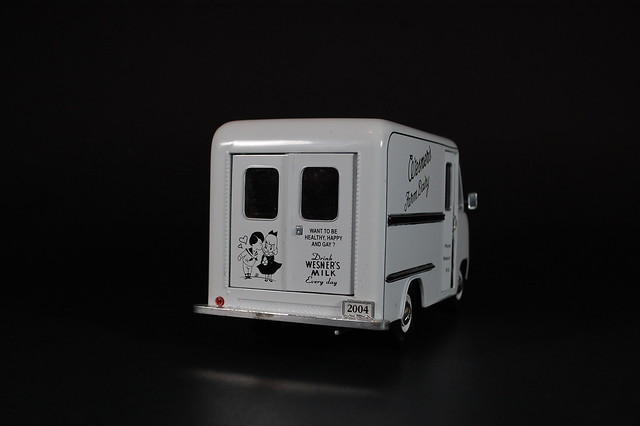 It is labeled as being made by Crown Premiums, but some research shows the same van made by Phoenix Unique Replicas. It appears Phoenix sells to the public and Crown made custom-branded versions for giveaways & promotions. 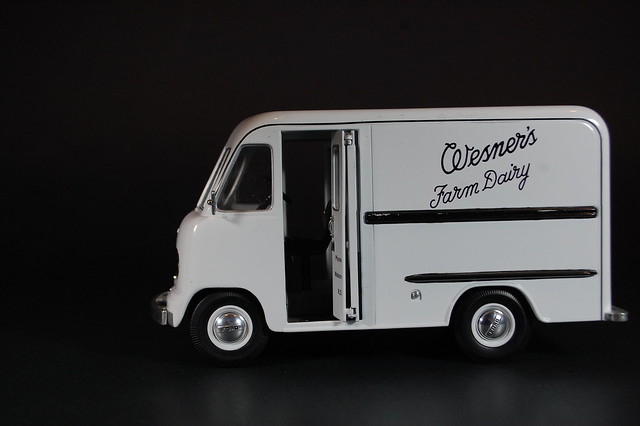 This is somewhat confusing as the only references to Wesner’s Dairy I can find show it did once exist in PA, but is long closed. So why custom-branded trucks with their logo would be made(and end up in RI) is beyond me. 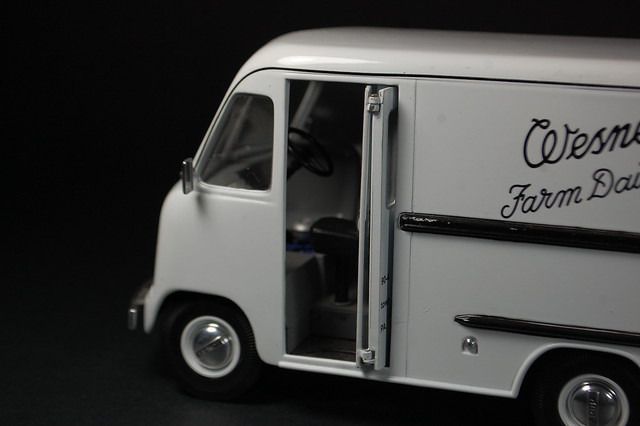 Back to the truck though. In addition to the overall look, it has incredible levels of detail. Both side doors fold open, the rear doors open, the steering works, the engine cover opens, and the seat back folds down. 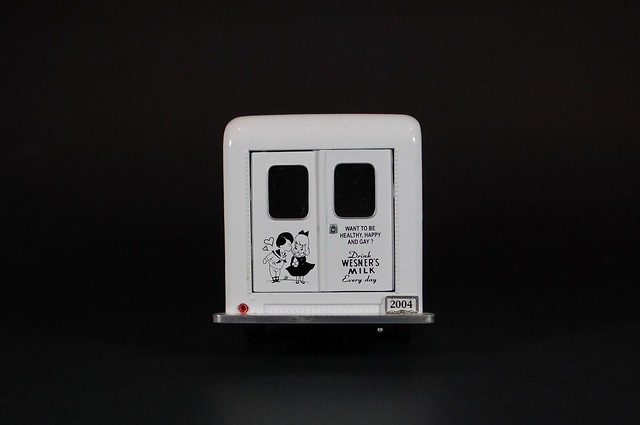 They also have a battery compartment that makes a light light up when you open the rear doors, and some versions have a bank hidden in a box in the cargo area(mine is missing the box). 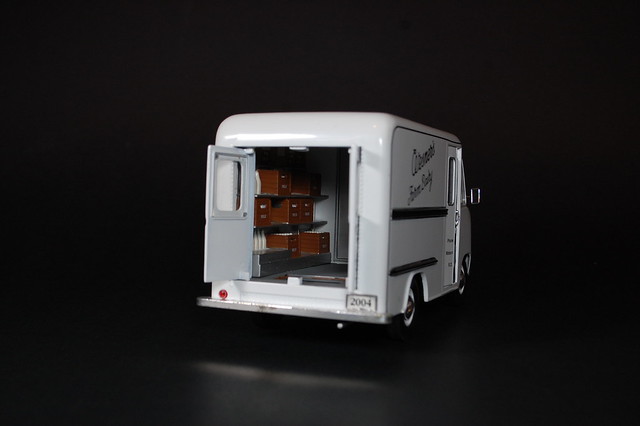 It was in fairly rough shape by the time it reached the flea market. I ended up having to drill out & put in a nail in place of a snapped king pin(along with a cut down pen spring). Replace a missing hinge pin with a bent & cut straight pin. Re-glue the exhaust & mirrors, re-install the engine cover & battery cover, and give it a thorough cleaning. 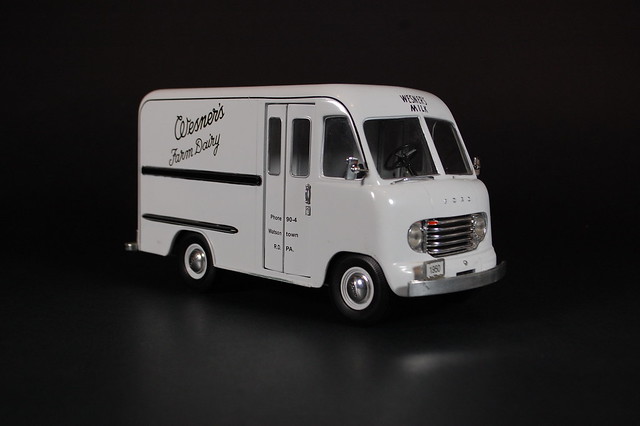 I think it came out pretty good. It still has some significant issues(missing wiper, missing floor panel in the back). But I’m going to be happy to put it on display. 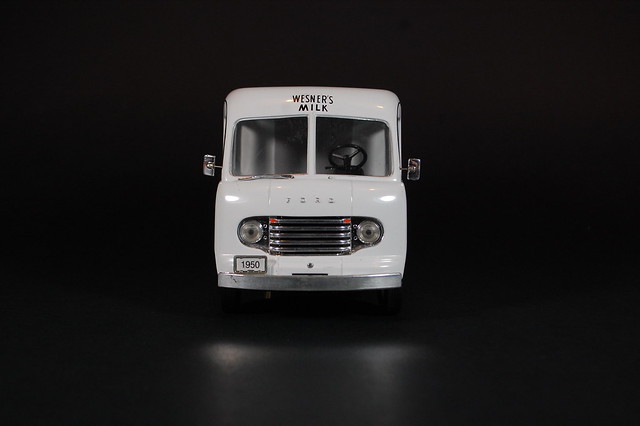 One way to make yourself a classic convertible is to cut out the middle of a Chevy Lumina and graft in the body of a 1939 Mercury Convertible. Then paint it purple and add lots of 80s Mercury badging.

Not a good way, mind you. More of an”Eye-Searing Horror That Causes Involuntary Rectal Bleeding” sort of way.

Every angle of this thing is horrible. There’s isn’t a part that doesn’t look like a crime against basic automotive design.

But at least you’ll have the very best of 1990s front wheel drive GM technology to power you along.

So, if after looking at the photo below of a stock ‘39 Mercury convertible you decide you’d rather have this rolling horrorshow, you can buy it for only $47,999.00.

Yesterday was the start of getting the motorcycle in shape for the riding season. Top on the list was replacing the dry-rotted tires with new ones. I briefly tried prying the old tire off, then realized I was going to scratch the hell out of the rim getting a junk tire off. So out came the angle grinder and I made some smoke.

You can’t see it well in the pics, but there is a pry bar keeping the tire up off the rim while I’m cutting. I’m a hack, but not a dangerous hack.

Of course it isn’t a proper burnout until you get down to the steel belts.

I also bled the brakes,I think the front fluid(left container) might be vintage 1996.

I may be turning into Steve. I just picked up this mid-50s Hotpoint refridgerator for my kitchen.

My current fridge is a battered beige one that used to be my mom’s garage fridge before being gifted to me 3 years ago when I bought the house and needed a cheap fridge so I could move in. The compressor mount bushings are shot, so it clunks loudly when the compressor turns on or off, and the drip tray is missing, so it piddles on the floor.

My kitchen still has its 40s era cabinets, and I’ve been wanting to renovate it in a postwar style. So getting vintage appliances was always going to be part of that. I’ve been surfing craigslist for them, and lucked into this fridge cheap. I paid all of $200, though I did need to make a 4 hour round trip yesterday to pick it up.

This was quite the fridge in its day, with a brushed stainless panel on the front, and stainless and aluminum detailing throughout. The three shelves slide out to make it easier to get things off them, and there are separate cheese and butter compartments in the door.

Right now it needs a deep cleaning, some minor paint/rust touch-ups from wear, one cracked plastic trim piece inside fixed, and I need to fiddle with the thermostat to get both the fridge & freezer portions to the right temp(it does cool, but getting the balance right will require some adjusting).

I’m super excited about this, and looking forward to getting it properly installed.

Saw this at a show this weekend. It was covered in a ton of big silver flake, then shot with enough clear to be smooth again.

Double cool was that they’d carefully ground the chrome plating off, leaving the copper underlayer(and painted the stainless pieces to match).