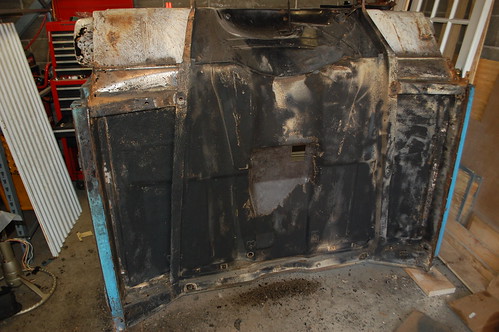 Got the new cab tilted on it’s back, and started digging into the underside. 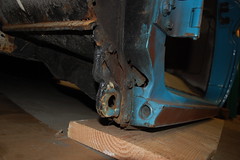 The outer rockers have been replaced already, but whoever did it didn’t actually fix the rust under them, just covered it with new rockers. I knew about this, so I’ll have to cut the new outer rockers off to properly fix the stuff behind them(inner rockers and lower front pillars). 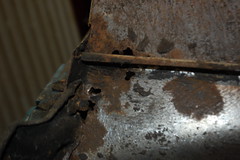 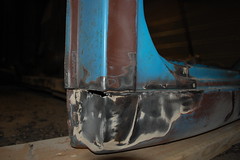 Annoyingly, I found out the cab corners *were* replaced, but done very badly and covered with bondo. Those are coming out too, to be done right 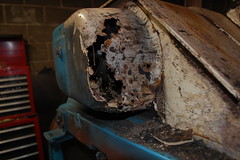 As bad as this all looks, It is still better than my other cab. I have everything to fix it except 1 cab brace & the lower front pillars. I’m going to form the patches for the cowl vents as those are invisible under the fenders.

I’ve decided that the cab is a low priority, I’m going to get all the rust *on* the truck delt with, then swap the cab over. However I wanted to mess with the cab a bit, so I decided to knock something easy out first. 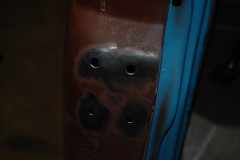 This cab was from a deluxe trim truck (like the other ’64 I had), so I need to weld up the 4 sail panel screw holes, and the 4 larger side trim holes. I may put the side trim on this truck later, but if I do I’m going to used double sided trim tape. 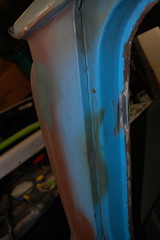 For the small sail trim holes I just removed the paint and filled the holes with the welder & ground them smooth. 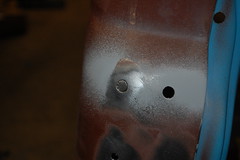 For the bigger trim holes I’m making small circular filler pieces and welding those in. A skim coat of filler and these should be perfect. 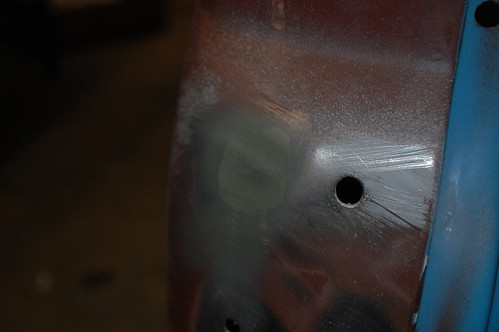