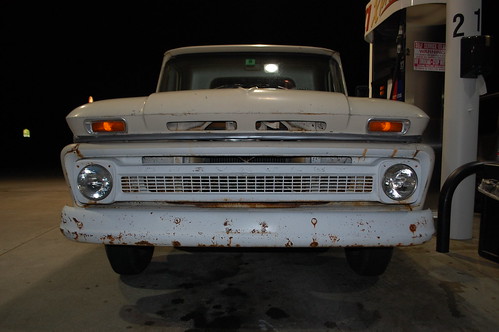 The front bumper on the truck looked like hell when I bought it, when the truck was all battered it fit in well, but once I planned to re-do it, I knew the bumper was going to need help. 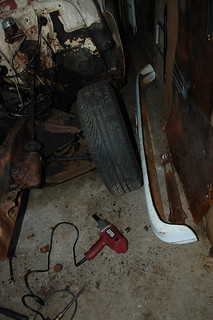 Back during dis-assembly, only one of the eight bumper bolts simply unscrewed. Of the rest three snapped off and four had to be cut off. 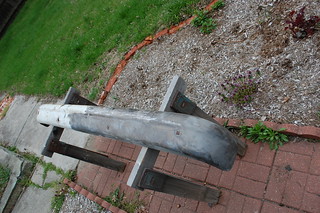 So once the bumper was off, I stripped it of several layers of white paint, and ground down all the surface rust. I was pleasantly surprised to discover it doesn’t appear to be bent, and doesn’t have an dents in it. 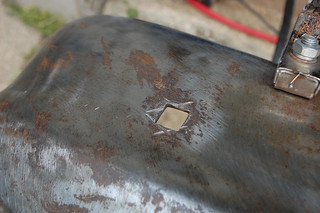 Before I could start the repainting, I had to address the gouge I’d made with the cutting wheel when I cut the various bolts off. 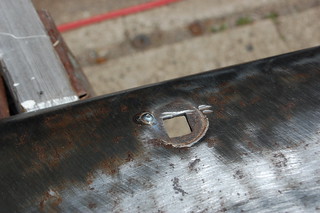 First I filled them in with metal using the mig welder, then ground them smooth. This sometimes took a few rounds to fully fill them. 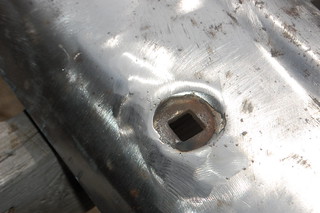 The end result was something that, after primer & paint would show no sign it had ever been damaged and would be a stronger part of the bumper than if I’d just used filler. 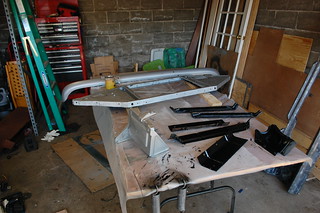 Once that was done the bumper was coated in MasterSeries & primer like all the other parts.