(Yes, I am finally updating this, this is all work that was done shortly after the work in the prior posts) 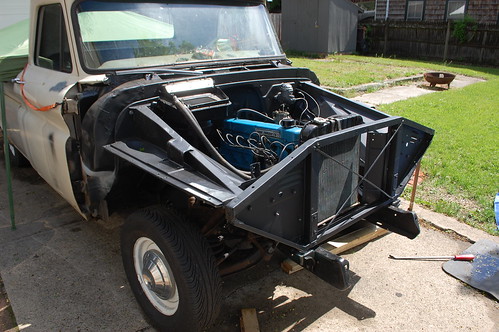 After spending a  week getting all the layers of paint & bedliner on the rebuild radiator support, I finally re-assembled the re-done inner structure of the front end. 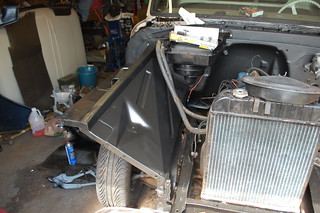 I painted the inner fenders with truck bed liner and installed them. 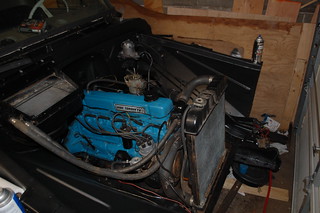 The engine got a quick repaint just so it wouldn’t look terrible in the redone engine compartment. It’ll get a better job once I actually re-do it. 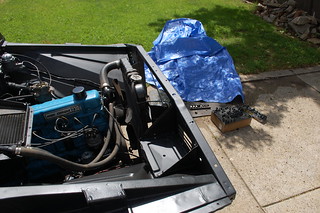 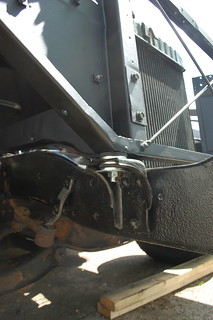 I cleaned up and reused the original bolts for most of it, and bought new support mount kits for the radiator support. 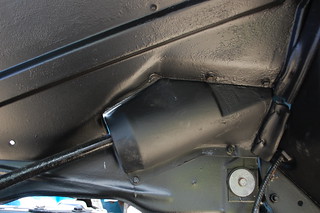 Just after these pics were taken I put on the upper radiator bracket and was able to start & run the truck for the first time in two months. I then installed a Pertronix electronic ignitiion kit in the distributor, now it starts much easier, unlike the fight it used to be.