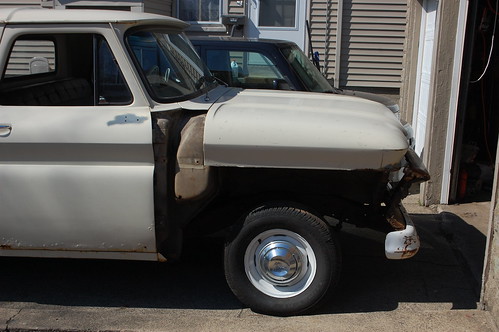 This year’s project with the ’64 pickup is to get the rust fixed so I can get some paint on it. To that end, the front end was stripped down so I can start start in on the incredibly crusty mess. 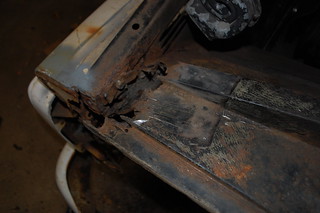 The first target is the inner fenders. The front edge has a bracket on the underside from the factory that traps muck thrown up by the tires and always rusts out. The ones on this truck were previously “fixed” with super thin sheet metal pop-riveted on and covered in roofing tar. This worked so well the patches had rusted through as well. 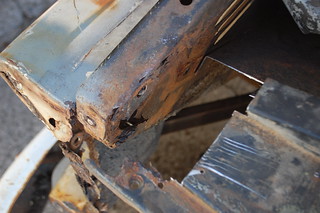 I started in on the driver’s side by cutting out the rot until I reached good metal. I’m doing this with the radiator support still in place so I can use it as a guideline to make sure everything lines up. Once I have both sides done the rad support will come out so I can finish the patches & so I can fix the massive rot on the support. 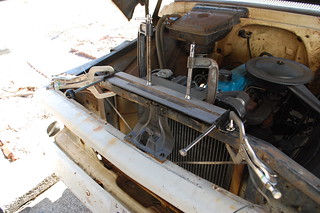 I set up my metal bender in a convenient location, then it was just the tedious process of cutting, bending & fitting patches. I am using 18ga steel for strength, so my flanging tool doesn’t make the flange deep enough to be flush. I’m not too worried as this area is not visible with the hood down. 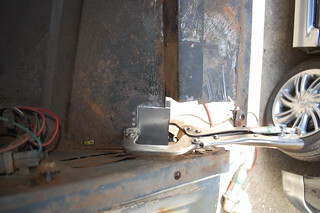 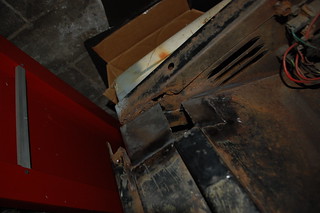 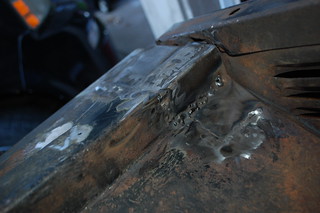 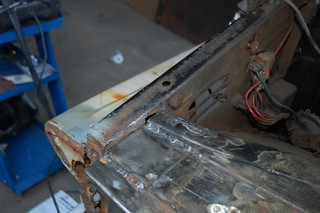 Then two more patches to replace the fender mounting flange.

It is far from perfect, and there is a lot of grinding still to do(as well as re-doing some of the uglier welds), but it seems solid. Once the radiator support is out I will need to add one more patch to the front edge of the raised portion, and drill out the various bolt holes.