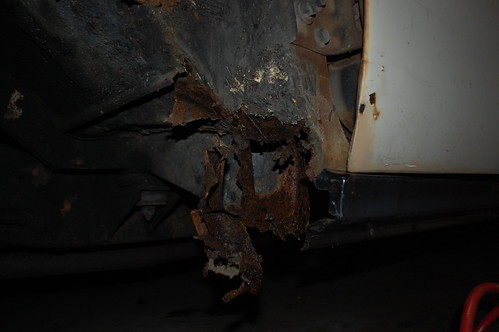 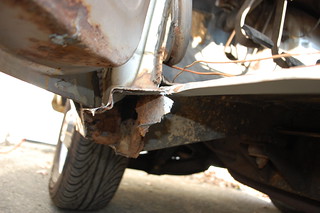 Once I finish the front end, it will be time to start doing some serious repairs to the cab, however the more I dug into it, the more I realized what a wreck the cab really is. 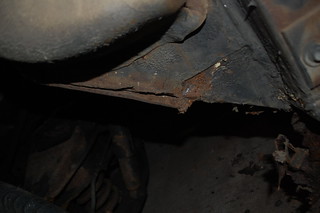 The rockers have been replaced once, and a lot of the factory bracketry was hacked in the process. The patches also go much further up into the cab that expected. 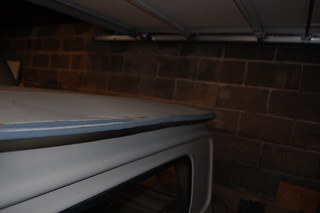 Between these and the dented roof, I’ve decided the cab isn’t worth trying to get right. Instead I’m keeping an eye out for a better cab at a reasonable price to replace this one with entirely. 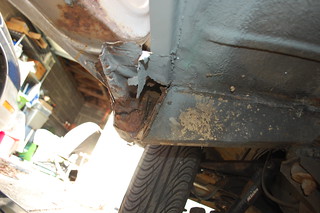 In the mean time I’m going to do sort of “Quick & Dirty” repairs to it. Making things solid & safe but not try and get them right. I still have to replace the rockers and some/all of the structure under them as well as patching other issues. 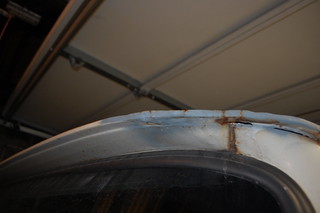 I haven’t yet decided if I’m going to replace the roof skin & drip rails or hold off in hopes that the future cab won’t need that work.